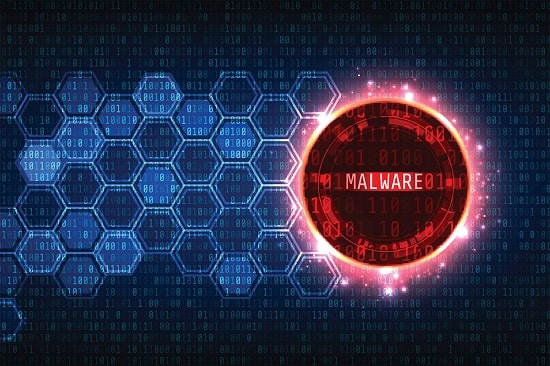 Malware, short for “malicious software” designed to infect a legitimate user’s system and inflict harm to them in several ways; these ways include viruses, worms, Trojans, spyware, and more.

We use different kinds of software every day, whether it's our browser to use social media, a photo editing tool to make our pictures look spiffy, or a word processor to write anything.

But there are some other kinds of software that uses you, for intended yet nefarious purposes; software coming from the Dark Side of the web, with malicious intention, we call it malware.

Fortunately, there is a protective software to fight such evil forces; it could be a simple antivirus utility or a feature-rich security suite that look after the cyber health of all your devices.

Malware protection has different sizes; don’t simply fall for the word “virus” in the name of an antivirus utility that actually aims to protect against all sorts of malware. Rather prefers a full-scale security suite and expand protection including spam filtering and parental control.

Before exploring the available protection-parameters for malware removal, let's look at what they're up against.

The term malware is malicious software, referring to any program or process whose purpose is absolutely harmful yet criminal; do you know, 230,000 new malware samples/day.

Historically, the widely known form of malware was the computer virus, used to infect other programs with its code, and replicates when the program runs; many of those had no malicious payload; they were there to show off the coder's skills, or just to give a shout-out to a loved one.

Since viruses begin the journey of malware distribution, we still use the name antivirus for software that defends you against all types of malware.

A virus spreads when someone creates the infected program; a worm spreads without help; do you know worms have been around even before the advent of the internet?

Talking about modern-day malware, coders are way beyond the “look at me!” attitude of those early viruses; such sort of malware appears as and maybe a useful program of some kind, but once you let it inside, it turns into a crew of nasties.

Then they send personal and financial data to malware HQ, install additional programs to earn cash, or anything that the coders can think of to monetize its control of the targeted computer.

See how it works! 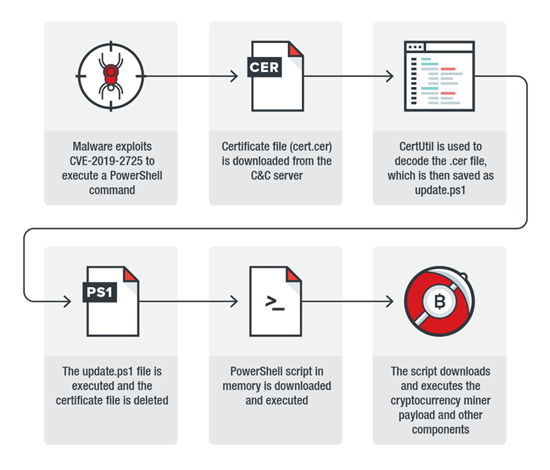 Talking about types of computer viruses or malware includes;

Some anti malware tools have components to deal with such spyware specifically.

Criminals contract the bot-herder for tasks like distributing spam, bitcoin mining, or participating in a DDoS attack.

Don’t try to remove the ransomware yourself, your files will remain encrypted. I know It's a nightmare!

For your better understanding, let me keep virus and malware separately.

Difference Between a Virus and Malware

Viruses and malware perform similarly, but the terms are not interchangeable. A virus could be of malware, but malware is not always a virus. A computer virus consists of a malicious string of code that’s created to replicate and infect a computer.

While, Malware is an umbrella term that includes any unwanted software created to harm our system by way of spyware, adware, ransomware, adware, viruses, worms, Trojans and many more.

Let’s grab some knowhow to recognize the presence of malware.

How to recognize, detect, remove Malware?

The malware symptoms here are some common signs of malware infection; many of them operate without alerting you but lead to dangers like identity theft and credit card fraud.

The only way to know for sure if your computer has a malware is to run a virus or malware scanner.

Some malware is designed to operate silently behind your machine, while others are designed to wreak havoc. If you suspect your device is infected, keep an eye to these signs before diagnosing the problem more specifically.

Is your PC performing slowly or frequently crashing? Even a small malware on a system can slow down computing and crash PC because of playing in the background and sapping hard drive resources.

If your PC or device is repeatedly behaving strangely – something it didn't do before, like trying to open a program on its own, or directing to a browser than the one you've assigned – then your system is possibly compromised.

It’s a high time to fetch a malware cleaner.

If you think pop-ups and spam are harmless enough, then you’re fooling yourself; pop-ups and emails from reputable companies are safe, but not adware programs, they install spyware to hijack the browser and capture personal information.

Gator is an example of a known adware program that hijacks banner ads based on your browsing, blurring the line between annoyance and malicious while CoolWebSearch is famous spyware known for browser homepages, hacking web searches, and browser settings on Windows-friendly machines.

Spyware causes some unexplained PC behavior, especially for browser; if things are happening without your involvement, then you may already be a victim. Some common changes include:

A lot of malware capitalizes on a single wrong click, taking advantage of the mistake to install itself once, and then in other places so it cannot be removed easily.

On infected mobile phones, you will notice an inexplicable increase in data usage; apps are appearing that you didn’t download; battery life draining, and unexplained charges on the monthly bill.

Now you know what to look for if you believe your computer may be infected with malware; installing an internet security solution is usually the best way to make a more accurate diagnosis.

Start with running a malware scan along with antivirus, once the threats identified and quarantined, delete them entirely. Restart your computer and run the scan once again.

Robust solutions will also alert you to problematic files, aid in removal, and provide a description so that your machine gets back to normal as soon as possible.

Before moving on to best anti malware programs, let’s answer the most-asked query – What is the difference between antivirus and malware protection?

Because they offer protection against different threats, you’ll see why antivirus and anti malware complement each other (and why you need both of them).

To protect against all forms of threats, you’ll need to install the best antivirus along with a best malware removal program to defend against spyware, ransomware, spam, and phishing attacks.

So, what’s the best Malware software? How to remove malware?

There are so many paid and free malware removal options.

Here are five of the best ones!

You can use Malwarebytes Anti Malware freely as long as you like, but with an important caveat: real-time protection – the ‘hyper scan' and malicious website blocking modes will expire after 14 days.

Subscribe to McAfee AntiVirus Plus and protect all your favorite devices – Windows, Android, macOS, and iOS; isn’t a cool deal, with some new and useful features that have been added in the current edition.

Bitdefender Internet Security will offer you VPN protection and all the other new security features from Bitdefender's antivirus; having webcam security, and effective parental control are like cherries for your cyber cake.

However, you need to be careful where you get it from: there are fake versions are too – designed to cause damage, not to fix.

There are so many others too, but these are our editor's choice.

To deal with your other than run-of-the-mill queries regarding the malware protection; I am extending this guide with some common FAQs.

I have antivirus software, why do I need an anti malware program?

No, as mentioned earlier, anti malware can never be a replacement for antivirus, it works alongside towards the same goal – keeping device safe.

Can both an antivirus and an anti malware program run at the same time?

Yes, you can – anti malware are complementary to antivirus software and are compatible with each other; here, the provider is at play, you should run both of them at the same time without any issues.

Am I 100 percent protected using both antivirus and anti malware software program?

Online threats are constantly changing, shifting, and are becoming more sophisticated, means there are no guarantees, and 100 percent detection can never be promised.

Using both antivirus and anti malware programs, you can enjoy close to 100% security.

Don’t just rely on Antivirus to fully protect your system!

Having a decent antivirus is the absolute bare minimum you can do to protect your computer from an attack; such products alone are not robust to catch all the malicious malware threats.

An unbiased List of 5 Fastest VPNs for “Guaranteed” Speed