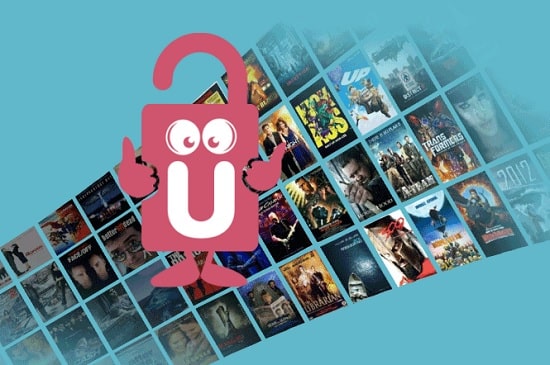 Unblockr.net is a tool that provides two privacy protection services – a DNS service and a Virtual Private Network (VPN) – simultaneously catering users’ needs. Unblockr VPN would no less than a character of a horror movie, where you’ll never know who is the real Unlockr.net. The company has not shared the detailed information of the services it offers. Although Unblockr is a paid DNS and VPN service, trusting it would be a big question, because as I already stated that the website has limited material to be convinced enough; even the service has no contact or support to get inquired. However, before taking you into an unknown zone, first let me share a headshot of this VPN – decide whether this Unblockr VPN review worth reading and the service should be given a chance or another entry into the cesspool.

The service offers two different pricing plans, one for DNS and one for VPN services. It’s bizarre that each service is being offered separately rather than combining them.

The service offers 3 pricing plan including a one-week free trial. They offer: The pricing plans are cheaper and affordable – the one-year plan is the most economical, even the monthly plan is also pocket-friendly considering other VPNs in the market.

What are the Payment Methods Available?

As its reputation speaks, the service lacks diverse payment methods and only offer PayPal feasibility. They claim that the service can be canceled anytime under the refund policy – a detailed piece of information provided on the website. Users can request a refund within seven (working) days to get a refund.

Jurisdiction – Not known, but can be guessed

Since the payment is being charged in (£) pounds, the service is assumed to be UK based. Plus, the logging policy has also mentioned that the terms are  committed to GDPR compliant. If it’s located somewhere within the 14-Eyes surveillance countries, then this DNS and VPN combo must be sharing your data with outlanders. Anyways, there are VPNs out there like ExpressVPN, which are not located in any of these data-sharing nations.

The only confidence that Unblockr.net has is its ability to support P2P file-sharing and torrenting – once you sign in, you will see files – UK, USA, Canada and P2P. How far it is protecting our torrenting craze is debatable – all goes to its privacy policy, which is already stated the depth of the invasiveness of Unblockr.net. I would prefer to look elsewhere, even torrenting is your only craze; don’t worry! P2P friendly VPNs are not hard to find.

The lack of Unblockr reviews over the web is an indication that the service is not popular. While testing the service, we found no protocols mentioned on the website, which is unacceptable. We cannot conclude the protocols that the service supports for encrypting its VPN apart from the fact they suggest to download the OpenVPN protocol.

There is an ample amount of configuration, which made it hard for us to understand and contemplate how things work. This is not an easy to maneuver website as the details provided are nothing but just an intricate wordplay.

Read what they are saying and then decide whether Unlockr.net worth a shot.

Forget everything, just focus on “required by law”means in any case, your data can be handed to lawmakers.

Read the first line “we reserve the right to review and keep log files;” can we still call this VPN logless? Think about it. If you’ve a right to access your personal data, means your data is right there and may “transferred to and stored on a cloud-based system whose servers are located within the EU.” It can also be accessible to others too – at least someone within Unblockr.net or with someone in authority. However, they mention keeping basic information of users, which is identifiable. Other than that they claim to have the right to access personal data or hold a copy of it which states that they can and will use user information for their own purposes. As far as the privacy policy is concerned, it’s crystal clear, and it mentions everything what they do and even explicitly requiring your consent too. Anyways, this is not a logless VPN at all, there are a handful of VPNs that don’t log anything about the users. 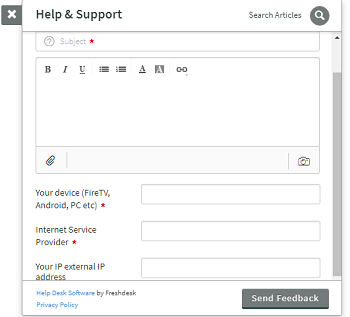 This is the pop-up window you’ll come across (if in case you happen to become their customer or planning to be one), it’s even outsourced. Let’s see what and why Freshdesk logs data.

Though Freshdesk is clear in their policies, but does logging such amount of data would make our identities private? That’s the question, you need to ask yourself before opting such a VPN provider.

Final Words – Nothing Much Positive for Unblockr

Unblockr cannot be called a VPN service because it lacks all the basic features that a VPN supposed to offer. We DO NOT recommend this VPN service as it has not lived up to our standards. The service lacks: The DNS details provided on the website means the service is only good for streaming, but will not encrypt your device, until or unless you won’t subscribe to it’s ghost VPN. Sadly, this is among the worst services we have reviewed. Unblock.net, better luck next time.

Stream Everything with Getflix VPN

AirVPN Review – Does it Really Clears the Air on the Internet?