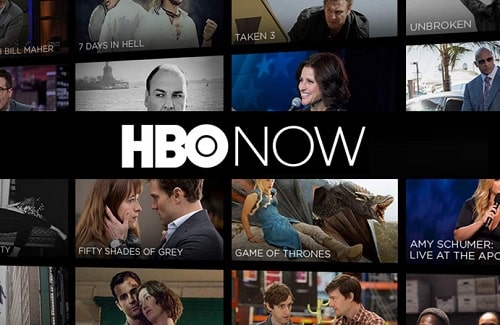 HBO is, without a doubt, an entertainment enriched channel. It has produced some spectacular TV shows like Game of Thrones, True Detective, etc. HBO Now was launched under the umbrella of HBO; it is a standalone streaming platform which streams popular TV shows and movies in the US. A large number of US expats are still baffled to watch HBO Now Online outside the US.

For US citizens who have a valid HBO account or are residing within fifty states of the US and have a credit card, things are straightforward for them; however, if someone tries to access HBO in Europe, the website will not allow as per geo-restrictions.

This article presents a tried and tested solution to this issue, suggesting you a solution with 5 best alternatives in such a cause.

How to Watch HBO Online Outside US?

If someone accesses HBO Now from outside the fifty states of the USA, the website prompts this message up front.

Millions across the globe are relying on a VPN service to change their IP and watch their favorite TV shows on HBO Now.

If you are wondering which VPNs should you go with, then here are some that we are suggesting.

Game of Thrones is a hugely popular TV show which is based on a novel series by R.R Martin named “A Song of Ice and Fire.” The show is set to release its first episode of the final season on 14th of April 2019.

If you are a cord-cutter living in the US and want to watch a premium stream of GOT season 8, then you can visit HBO Now website or else download the dedicated app of HBO.

However, if you already have HBO Now subscription but are traveling outside the US, then you might face geo-restrictions. These restrictions can be easily bypassed using one of the VPN from the table above.

Before we discuss any further, let’s see how much does it costs for HBO Now monthly subscription.

How Much Does HBO Now Cost?

HBO Now cost $15 after the free trial. It bills each month automatically until you cancel its subscription. Anyone can get HBO free trial, but it can be availed only one time. You can save 20% on your HBO Now subscription with this offer from Best Buy. This HBO Now gift card is best; save some bucks and stream your favorite TV show.

HBO Now does not only deal with new content but is also home to popular TV shows and a wide array of movies. The movies plethora on HBO Now changes every month, but one thing remains constant which is HBO Original Series.

If you are wondering if $15 is a lot to ask for a season of Game of Thrones then this gut feeling of yours is obvious but before you end up making a decision, let me state that, with this subscription you can watch True Detective, The Wire, Boardwalk Empire, band of Brothers, Veep and many other spectacular HBO original series.

HBO Now movie list changes sporadically, it offers a good mix of old and new movies, which includes some of our favorites that are hard to find on another streaming subscription service.

HBO Now released its Android application last year; now you can enjoy streaming on your Android handsets without a cable subscription. Moreover, HBO Now is compatible with a number of devices and platform; here is a list of them.

After waiting for so long, finally, HBO Now supports PS3 and PS4 streaming.

Common Queries and Their Answer

People are really confused about HBO Now, and they have obvious reasons for that. Without going into details as of why these confusions arose, let’s discuss and answer the most common of them.

It does not! To watch HBO Now you will need to change your IP address to that of the US, and you must have a valid subscription.

If you have a valid subscription of HBO Now and want to watch your favorite TV show or movie on HBO, now you can easily watch it without any geo-restriction only if you connect a VPN.

Yes! You can enjoy a seamless stream of Game of Thrones final season on HBO Now using a VPN from anywhere in the world.

All Geared Up for HBO Now Watch Online?

Now as you know how to defeat geo-restriction and watch GOT and other popular TV shows on HBO Now, it is time to act. Using a VPN enables you to access geo-restricted websites and also protects you from potential malware attack and hacking.

Stream on HBO Now and access your favorite channel and content and do remember us as your advisor. Peace!

Boost Your Anonymity with a TOR VPN